First off, let me state that The Siren’s Song is a beautiful and captivating deck. I am smitten. 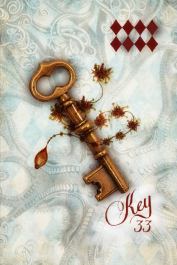 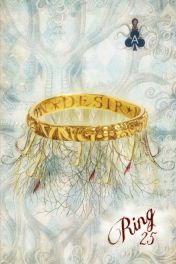 The background colour scheme of the deck is a soothing, pale blue/grey. There is a very faint blue diamond check on which lies the underside of the Octopi in a pale subtle grey with tentacles that are reminiscent of fern fronds in the way they curl and spiral across the cards

The main pictures for the cards look to me like Victoriana. They are clear and bright and stand out from the subtle background leaving remarkably clean and clear cards with no clutter. Behind or actually in each picture on the card is some form of cephalopod, coral, ammonites or other form of sea creature, which bring a strong sense of cohesion to the deck. 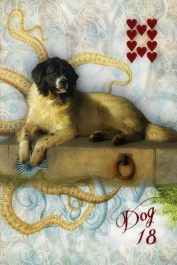 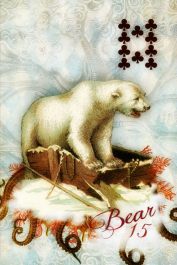 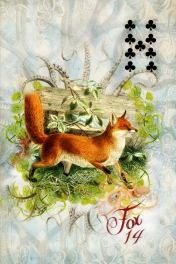 The background pattern and colour covers the whole card and when they are all laid out in a spread they blend beautifully and form an interesting background from which the main image really pops. 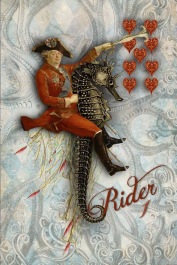 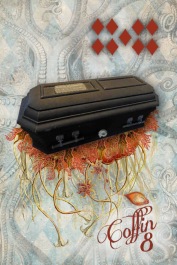 The cards are also clearly named and numbered and for those who also read with the playing card inserts, they are included in the top right corner of the cards. 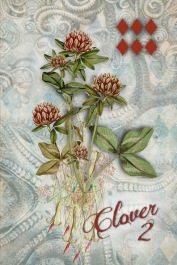 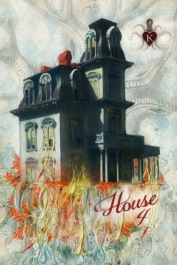 Two of my favourite card images are 11 The Whip and 22 The Cross Roads. The whippy bits of The Whip are long curling tentacles; and the Cross Road, is a beautiful wrought iron lamp post with two lit lamps at either side over scrollwork signs reading “One Way” “Or Another”, and draped carefully over it is a beautiful giant squid and I think it is wonderful. 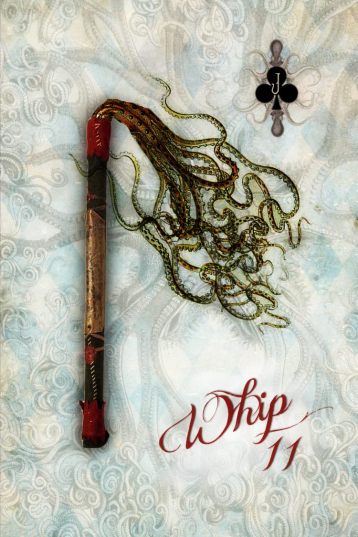 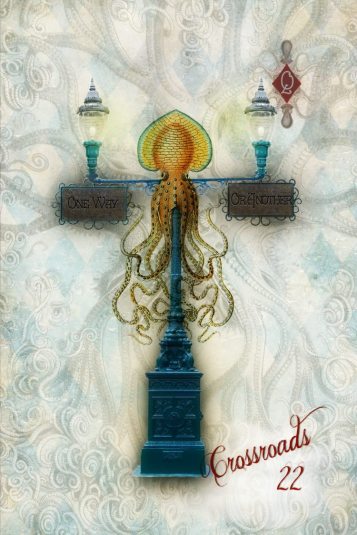 Also, worthy of a mention is 16 The Stars and it is simply six star fish, fabulous. 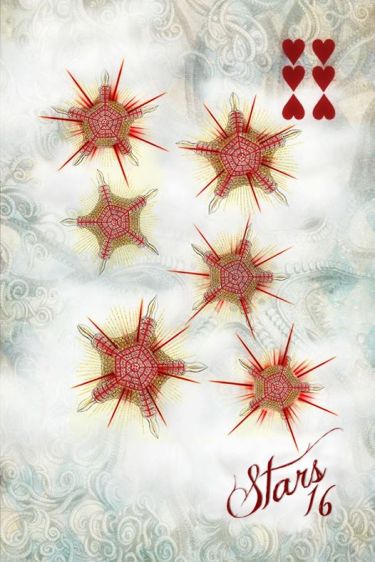 In keeping with one of the many myths of the sirens, being that they were chimera, part human and either birds or fish depending on your source, the people cards of the deck are shown as human but that their lower bodies end in a tangle of tentacles and sea grasses. There are 2 sets of people cards so that you can choose which is most appropriate for you or if you are doing same sex readings.

The back of the deck is the same underside of the Octopi in the background of the front of the cards, the colour palette is still subdued but it is much more pronounced and clear. 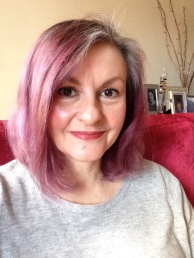 Helen is an enthusiastic amateur with 30+ years’ experience of dabbling in the esoteric. She bought her first tarot deck when she was 13 and she still has her beloved Mythic Tarot. Helen was introduced to Lenormand around 12 months ago and initially found it a bit alien as she was used to the imagery of tarot. Not anymore. Helen is a total convert to Lenormand and believes this is the tool that will tip her over the amateur edge and into the realm of proficient and quite possibly, eventually professional.

Helen occasionally shares her musings over at themoonstoneoracle.blogspot.com

To Join the WLA – Click on the Paypal Button to Pay then fill in the form below:

Courses available NOW – Prices in Euro but available in your local currency!

All Courses come with Certificate upon Successful completion of Exercises and Exam.

Home study is at your own pace, Facebook group Classroom has a specific lesson plan per day and runs on specific dates.